If you’ve been in the Salimpour School for a while, you are probably already familiar with at least some of the choreographies on Unveiled. And if you are newer to the school, we hope that you have at least watched these recorded performances, familiarizing yourself with Suhaila’s body of performance work. If you’ve been belly dancing for over 10 years, you might even recognize clips of Unveiled from the documentary American Bellydancer.

The dances on Unveiled mark a maturation point for Suhaila Salimpour’s personal choreography, musical interpretation, and integration of her own and her mother’s belly dance formats. Here we also see how Suhaila has blended her study of ballet, jazz, and street dance into a style that still keeps the integrity of Arabic music interpretation. These dances are a true fusion, and are still innovative and—as Suhaila likes to say—“fresh,” even twenty years after they were recorded.

A Choreographer Comes Into Her Own

In the last recording we looked at—1991 BC—Suhaila says that she “had something to prove.” She was still relatively new to the Middle Eastern club scene, and she had not moved to the Arab world to perform (even though she was going back and forth, she had not yet relocated). She says that she feels that her dancing then was “aggressive,” and that she had not yet learned how to breathe throughout her performances. But on Unveiled, we see a woman who is not only comfortable with her dancing, but her body as an artistic instrument.

After Suhaila returned after more than six years performing nightly in the Middle East, she didn’t want to make another performance video. The year was 1998, and back then, producing a video was expensive, time-consuming, and physically demanding on the dancer’s body. She also felt that she was moving into a new role in the belly dance world, from performer to instructor. Instead of making performance videos, she wanted to focus on opening and developing the Salimpour School. She had also just married and wanted to start a family.

But her new husband insisted that she document her work, particularly since her experience in the Middle East was still fresh in her body. Indeed, she worked on specific songs night after night, refining them and letting the choreographies develop organically. The constant and regular performing allowed her to doodle with the dances. Her husband suggested that they take the money they received as gifts for their wedding and produce a performance recording.

And the filming process was indeed grueling. The team filmed from 7am to 10pm on a set with a concrete floor. The space was long and narrow from front-to-back, rather than side-to-side, so Suhaila had to adjust the floor patterns of her choreographies substantially in some places just to avoid the side walls… or the big Greco-Roman columns.

You might also notice that when you watch the first set, “Raks Jamila,” (in the black and gold costume) that Suhaila’s skin is shiny. That’s not sweat. It’s baby oil. And Suhaila says that it got into everything, especially her hair, which she had to wash out in a sink during their lunch break to prepare for the filming of the Raks Suhaila set.

But when the long, grueling day of filming had ended, Suhaila and her then-husband came home, he said, “Our grandkids are going to love it.”

Unveiled contains two full, but short, sets, each including an entrance (now commonly referred to as a “Majency” or “Emergence”), a taqsim, and a drum solo. It’s important to understand that these songs are not placed in the program arbitrarily; this is how a classic belly dance set is constructed.

These specific sets are now required for dancers in our program to learn and perform for Level 4 certification, so that we can learn classic entrance step sequences, musicality, and song structure. For the sake of this essay, we’ll look at them together, because they signal a cohesion and maturity of Suhaila’s work, both in the development of her technical format and in her choreographic style.

Even though we have split them up for the sake of presentation on Vimeo, these two sets appeared back-to-back on the original release:

In addition to recognizing the seamless integration of jazz and other Euro-American dance forms into her dancing, what also stands out in these performances is Suhaila’s mastery of her body. The hard contraction isolations that had been such a sensation on Dances for the Sultan are now effortless, particularly in the opening combination of drum solo at the end of the “Raks Suhaila” set (12:54).

In Unveiled we also see the musical potential of Suhaila’s glute-driven vibration, particularly in the guitar solo after “Raks Jamila” (7:29) She follows the notes of the guitar with the vibration, and the melody line with her upper body, through undulations, isolations, rib locks and slides, pyramids and Vs. Each movement is musically-driven, a physical and improvisational response to the guitar. We also see vibrations in the guitar solo before “Maddah” as well as in the choreography itself, sprinkled in between phrases as the instrumentation suggests (9:05).

The glute-driven vibration technique was still (and continues to be) quite rare, and it caused quite a stir in the belly dance community after Unveiled had been released. In fact, Suhaila received a letter from a dancer asking, “what was making your belly quiver like that?”

Maturation of Dance Phrases and Motifs

Unveiled also reveals to us choreographic phrases that repeat in other dances. By recognizing these patterns and short combinations, we are better able to not only understand what we’re watching, but also learn these dances.

In “Raks Jamila,” a phrase familiar to anyone who knows “Bongo Funk” appears early in the dance, but with variations in turn direction and downbeat, beginning with the 8-Count at 1:09. The opening phrase of the Level 3 Finger Cymbal Drum Solo appears twice on this video alone, both in the drum solo and towards the end of “Maddah.” We also see Suhaila riffing on 1-2-3-& with wrist circles, which appears not only here in “Raks Jamila,” but also in “Yanna Yanna” and earlier in “Princess of Cairo,” and we see specific promenade step patterns which appear in both entrance pieces and the end of “Nebtidi Minein El-Hikaya.”

The dances on this recording also showcase the lyrical and full-bodied movement so characteristic of Suhaila’s personal style. She literally throws herself into steps, from the Salaam-Step-in-a-Circle-style turn in “Maddah” to the end of the Unveiled drum solo. As Suhaila often tells her students, her upper body is frequently late, the movement in the spine a lagging a little behind as her feet continue on with the next phrase. Here, too, her practice and performance in her own Home Position is so natural and second-nature at this point that she can let her spine and head just go along for the ride in free-flowing movement.

These choreographies also seamlessly integrate Jamila Format technique into Suhaila’s experimentation with jazz and ballet footwork and body lines. They are woven in and out of the dances because at this point in her performance career, Suhaila has been working with these steps for nearly three decades. They are as much a part of her as her own feet.

These choreographies are the very definition of “Jamhaila.” Suhaila layers, plays with, and changes her mother’s format in accordance to the music itself. This is particularly clear with the Figure 8 Backwalk with pelvic locks in “Raks Jamila” (4:35).

These steps never look dated, vintage, or cliche. The musical and emotional context makes and keeps them relevant. A few examples to watch out for as you re-watch these performances:

Even though she created and recorded them over 20 years ago, each is still a living work, now performed by dancers in the Salimpour School today. Suhaila says that when she was recording these dances in 1998, “I didn’t realize that they would be so relevant.” Indeed, they don’t look dated, or particularly “90s” in style. She says, “They are classic openers, and dancers have to learn how to dance to classic pieces and song structures.”

In 2017 and early 2018, Suhaila retaught both “Raks Suhaila” and “Raks Jamila,” and many students reminisced about the first time they had seen these dances on video, or how they had inspired them personally. To keep them alive in our own bodies is to show the longevity of these dances and also how much of a mark they have made on belly dance as a performative art. Suhaila notes that these choreographies stand the test of time.

Dancers in the program are now required to learn “Raks Suhaila” and “Raks Jamila” for the improv-preparation sets, “Maddah” for Suhaila Format Level 3 certification, and the drum solo from Raks Suhaila is the Level 3 Finger Cymbal Drum Solo. And dancers in Salimpour Collectives are learning the drum solo from the Raks Jamila set (known as the “Unveiled” drum solo. Here’s the Edmonton Salimpour Collective performing it in fall of 2017.).

As we watch and learn these dances, we are learning a part of belly dance history and embodying the development and application of the Salimpour Formats. 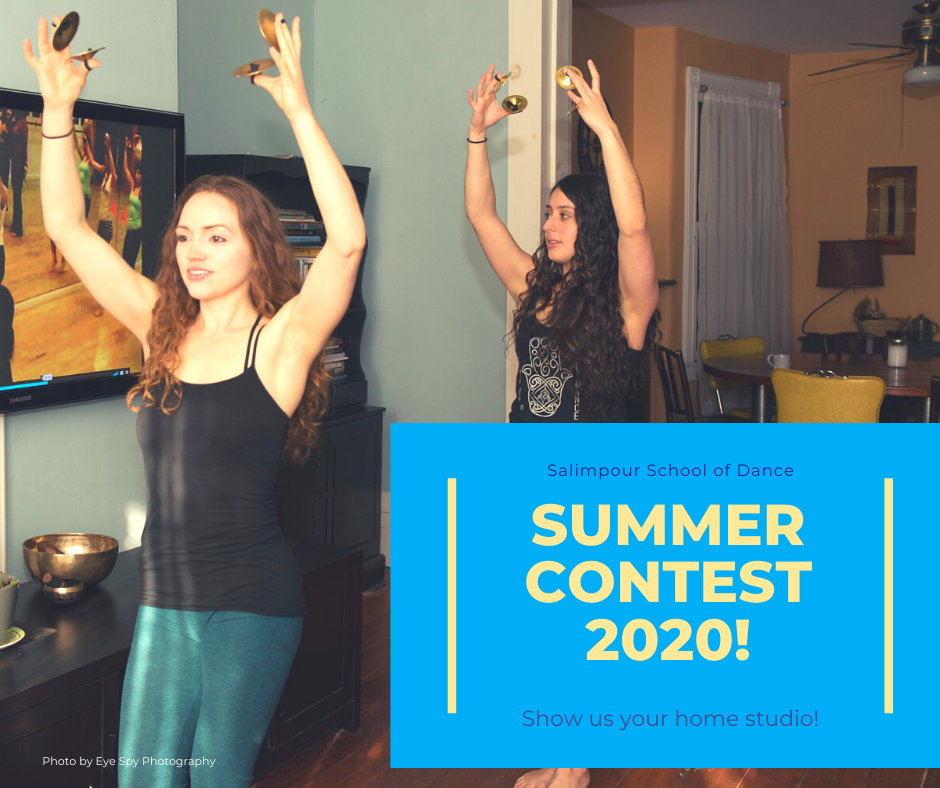